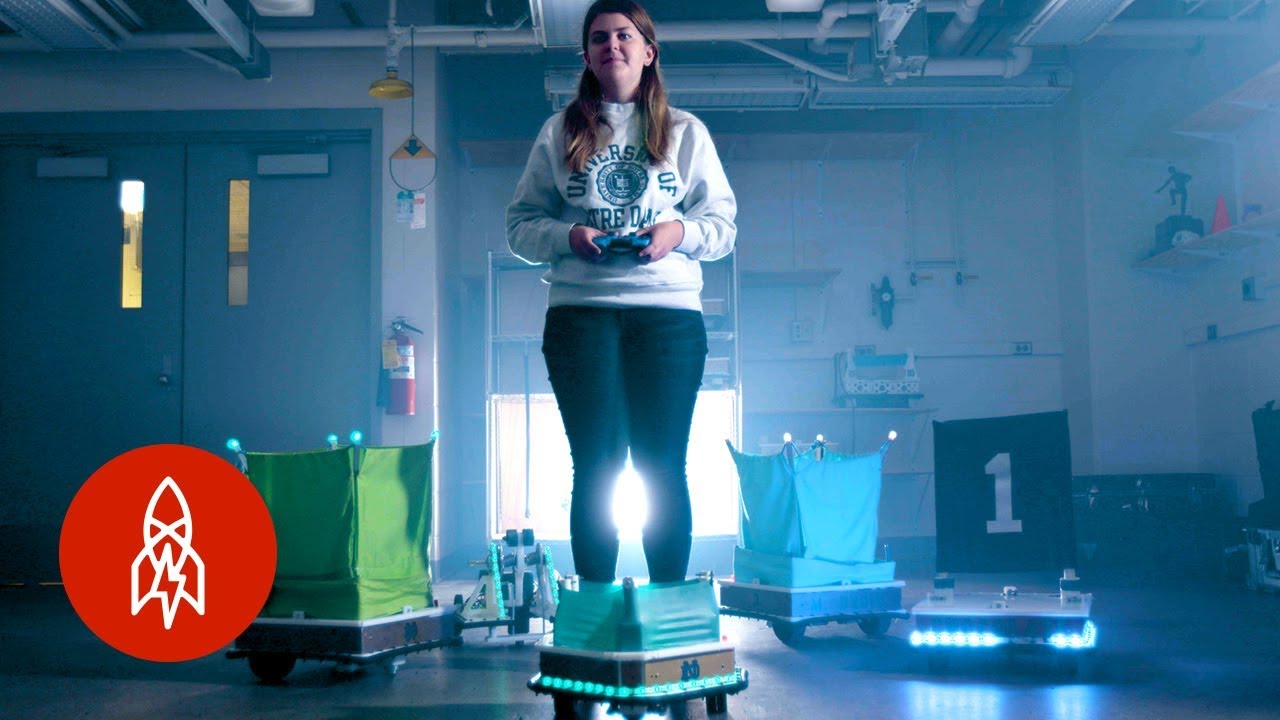 There are two primary events that take place each year for robotic football clubs. The first is the Intercollegiate Robot Football Combine, which is an event tailored to demonstrating the abilities of the teams' robots. Robots compete in various competitions such as QB Accuracy, the Strength Test, Speed Test, Agility Tests and Kicker Competitions. Schools compete in these events, and are rated in each category. Point totals are then summed together and the winning school is awarded a monetary prize. The second multi-school event is the Robotic Football Playoffs, where teams gather to compete for the National Championship signified by the Brian Hederman Memorial Trophy. 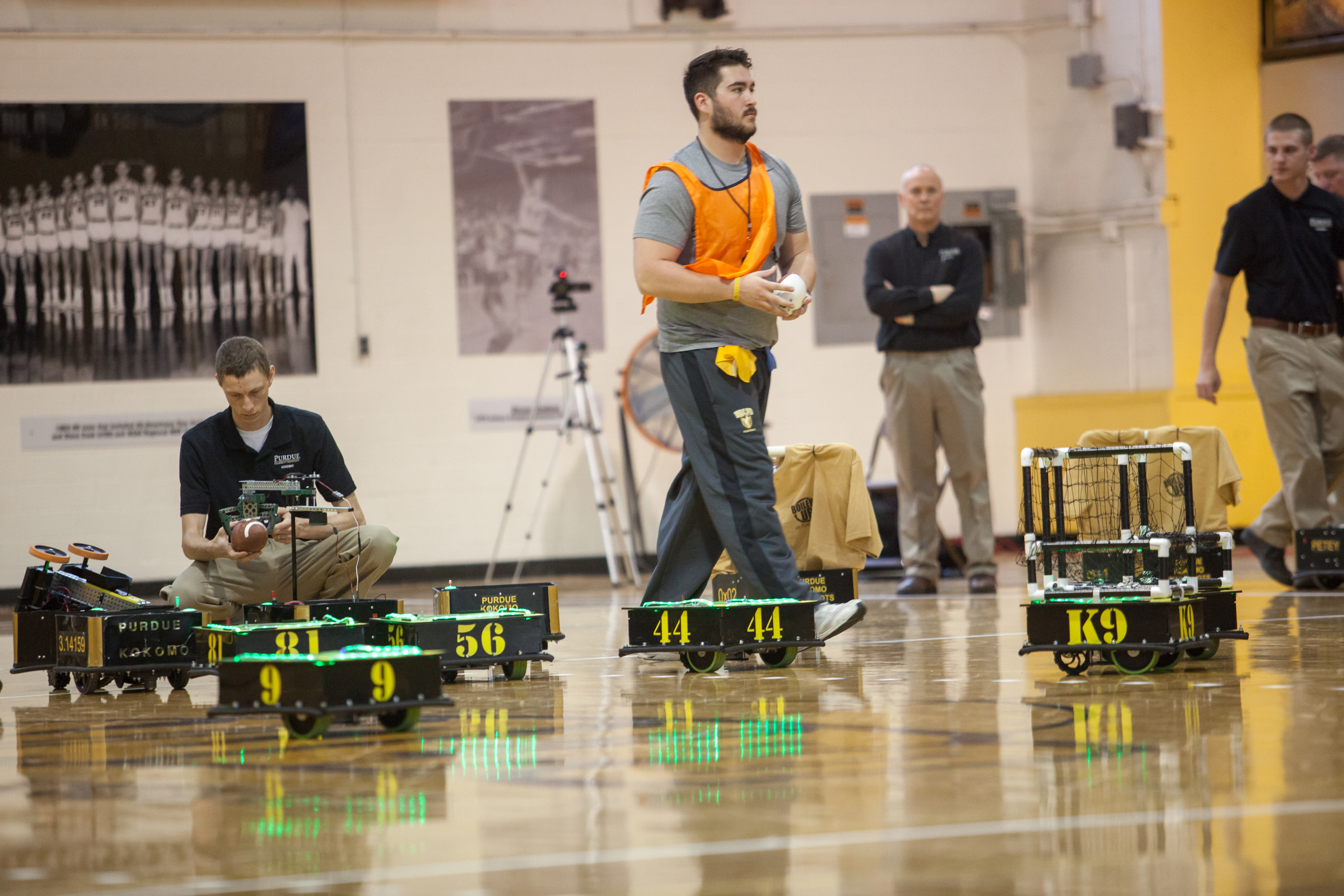 Robotic Football is very similar to regular American football, with robots filling in for standard positions such as Center, Quarterback, Lineman, Wide Receivers, and Running Back. Each team is allowed up to eight robots on the field at once. It is common for the offense to have a Center, two Offensive Linemen, three Wide Receivers, the Quarterback, and a Running Back. On defense, many players play both ways but the quarterback is usually subbed out for a Linebacker, and the Center is replaced with a Nose Tackle.

The playing field is 90 feet by 48 feet long, though 90x50 is also acceptable if the game is played on an NCAA basketball court. The end zones extend 12 feet from both ends of the field, and the rest of the length of the field is divided into three equally spaced sections. The offensive team has four downs to reach the next section, which will then reward them with a first down.

While the player positions and the field advancement mechanic is similar to traditional American football, some of the scoring mechanisms are different. Touchdowns are still worth 6 points, successful post-touchdown kicks are worth 1, two-point conversions are worth 2, and field goals are worth 3. Currently, completed passes are awarded points relative to the distance the ball was thrown, due to the difficulty of completing passes. The official rules also state that a pass is caught/intercepted when any part of a player contacts the ball before the ball touches the ground. If that Player retains possession of the ball, the Player can advance the ball. The point reward system is listed in the table provided below. 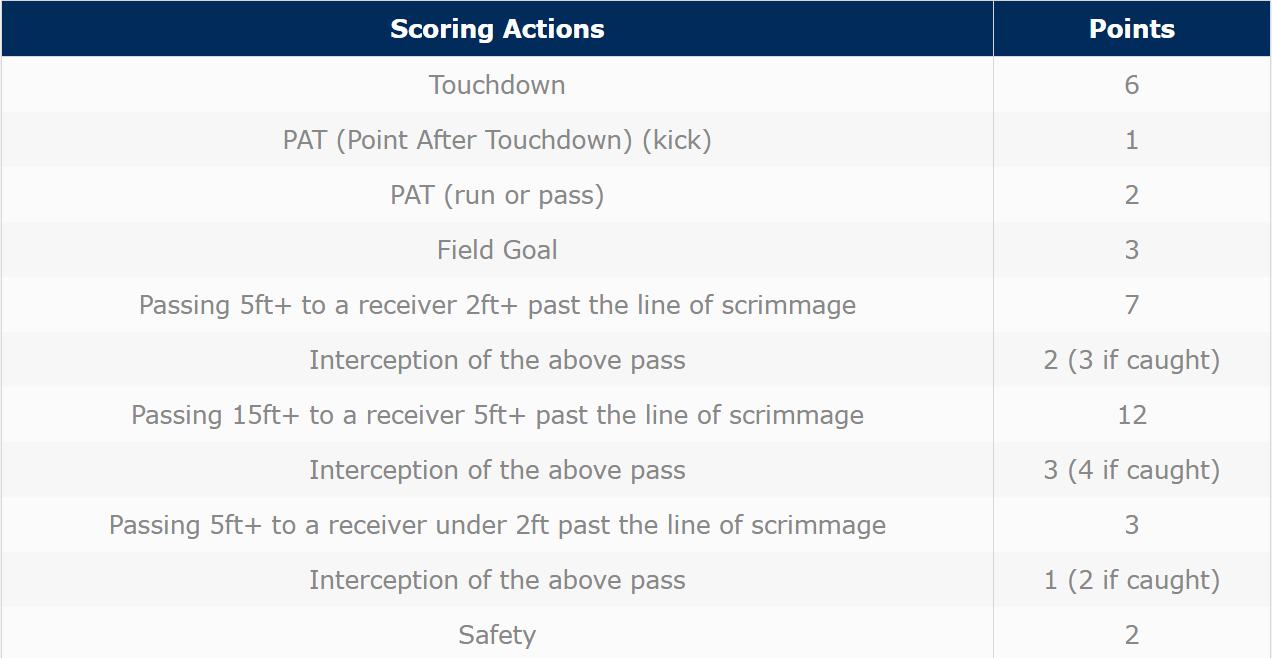